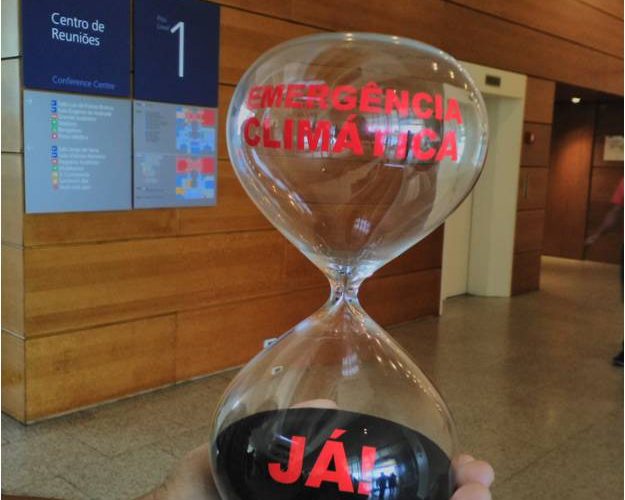 After the ICCA, the MiT went to ECCA. ECCA was the 4th European Climate Change Adaptation conference, held in Lisbon between 27 and 31 of May, 2019. Once more, collaboration was the motto: “working together to prepare for change”.

The city councilor for environment, green infrastructure, climate and energy in Lisbon, José Sá Fernandes, added repeatedly: together and NOW. One of the 1.200 participants said he felt the urge to change his presentation the night before, and started with the image of a house on fire and quoting Greta Thunberg speech in Davos: “I want you to act as you would in a crisis. I want you to act as if our house is on fire. Because it is.” By the way, this month of May in Portugal was one of the hottest and driest ever recorded, and ECCA took place in the middle of a prolonged heat wave.

It is a fact that if you put the “climate emergency” glasses to look at a great number of the presentations in the conference, they just look quite… awkward (I am trying to be nice, here). Just imagine your house is really on fire… what do you do? Do you decide to study your families’ perceptions on fire? Do you organize a workshop to create a consensual future vision of a house that is not burning? Do you start a deep research on adaptive pathways that might make you survive in the middle of the flames?

Scientists and activists are struggling to decide what is the right dose of alarmism. One of the ECCA’s participant argued that alarmism in Bangladesh led to maladaptation (he has been studying for years the perceptions around climate in a Norwegian city). It might be so. Or maybe the emergency message can also be used to justify enormous investments based on the same traditional approach that led us to the current situation.

Hundreds of municipalities and other governments are already declaring “climate and ecological emergency”. Activists are calling for an immediate stop in further investment in climate change (e.g. contesting the recent Portuguese Government’s decision to double the airport capacity in Lisbon), fast and just transition and the leading role of citizens. Will this process take place? Will it lead to the needed systemic change? How can we support it? One thing is for sure: discussion already started and it is time to call for our imagination. 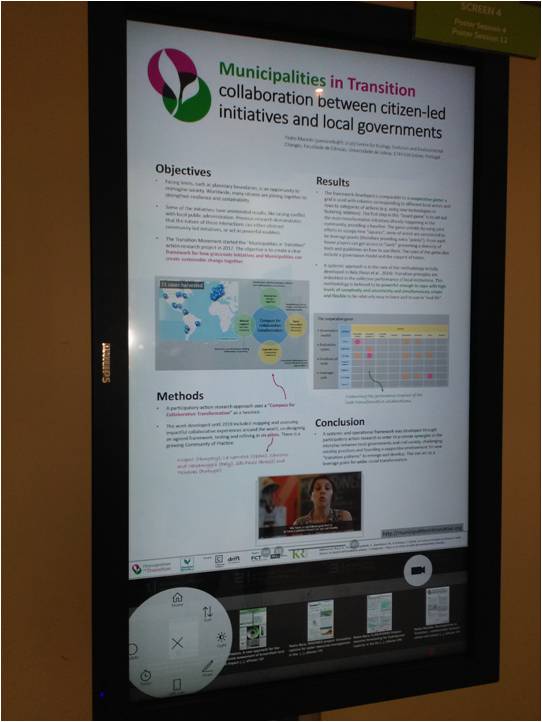 I guess I didn’t find many answers in ECCA. But at least I found (a few) people questioning the need to act NOW. I had the opportunity to share the “Municipalities in Transition” process and I should recognize that it doesn’t answer to all the needs and opportunities that we face. What else might be necessary to accelerate the integration of ‘bottom-up’ and ‘top-down’ systemic change, as well as discourage the vested interests of incumbent regimes? ECCA final was epic: a children’s core singing John Lennon’s famous song, “Imagine”. It could not be more appropriate.