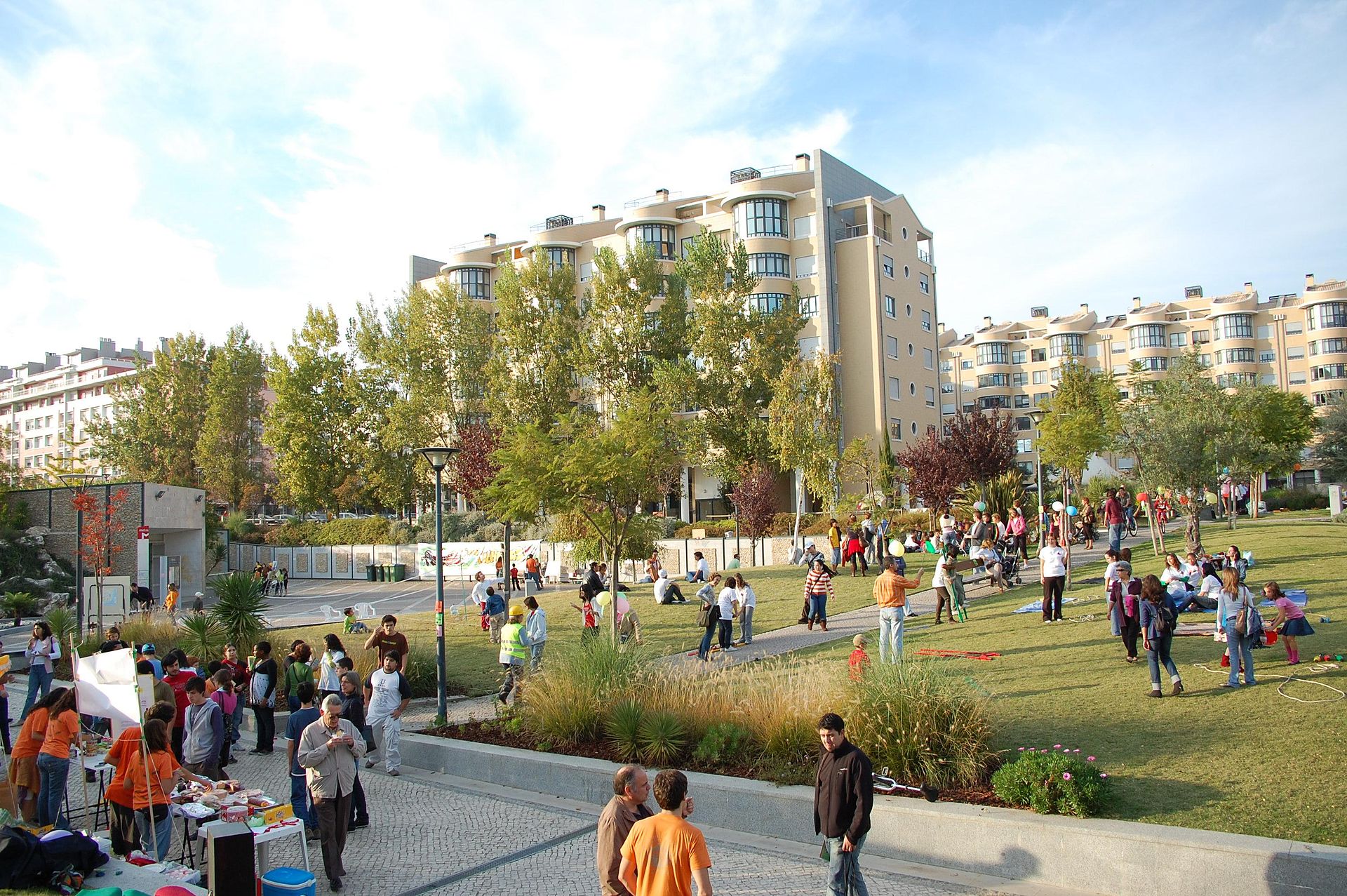 A neighbourhood partnership that sits local organisations, citizens, and local government at the same table in order to, in an integrated and synergetic way, identify local needs and solutions.

This neighbourhood partnership resulted as a spin-off from experiences within a transition initiative in Telheiras and a municipality-led participatory process (A21L). Between 2010-2012 this initiative (member of TN) focused mainly in awareness raising and minor collective actions by citizens, in “transition-traditional” topics such as energy, food, mobility, etc.

At the time, the initiative was nested in the neighbours associations, and we were able to mobilize many citizens (local and supra-local). But we felt we weren’t able to contribute to major local transformations, as organisations and local government weren’t actually on board. After an internal evaluation, we found to be proritary to focus on building  a non-existing community network between all these parts, and thus the neighbourhood partnership was born.

The partnership, founded in 2013, is currently constituted by 30 members (including local government, citizens’ associations, community centre, etc) of which +/- 10 are the core group. The partnership has been focusing on strengthening communitarian trust bonds and local identity. It has been collectively organising several community events, as the one-week long Telheiras Festival, which has been gathering local organisations, government, retailers, artists, and +/- 4000 people every year.

These gatherings have allowed citizens to get to know better local organisations, resulting in an increase of volunteers. Also, resources sharing and the collective promotion of activities became a common norm among local actors. To this, it was quite relevent the creation of a neighbourhood social media platform (www.vivertelheiras.pt) followed by 4800+ people in facebook.

MiT note: Neighborhood partnership that resulted from a transition initiative and a local agenda 21 promoted by the municipality. Interesting for phase 2 (as a tool). Suitable for pilot (“we find ourselves in what we consider to be a great momentum to go further in our efforts for sustainable local development”).

The information have been uploaded as we received it with only light editing to make it more readable and web compatible.